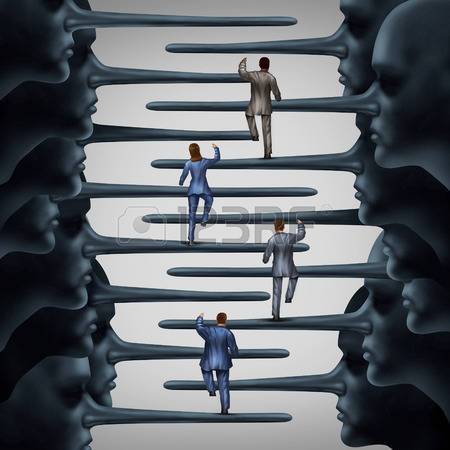 Joe Loria, communications and content manager for Mercy For Animals (MFA), discussed in an October 11 essay published by Alternet Why It’s Basically Impossible to Be an ‘Ethical” Meat Eater. The byline reads, “No matter how animals are raised, they are all killed the same way.” He informs us that the notion of “humane” animal products is meaningless:

Doing something ethical by definition means that you’re doing something right or good. And while a lot of companies sell animal products using labels such as “humane” or “free-range” to ease the minds of consumers and increase business, the truth is that cruelty is inherent in these products. This is especially true of meat, which requires the violent slaughter of the animals.

But aside from this, I can’t help wondering if Loria is suffering from amnesia. It appears he’s forgotten who it is that’s paying his salary. His employer, MFA, is a major promoter of the idea that we can exploit animals “humanely,” that is, ethically. MFA works precisely to help companies “ease the minds of consumers” and “increase business” by convincing them to sell “happy” animal products. I wrote about this not long ago when I exposed the duplicity of MFA in their posture of condemning cage-free eggs while simultaneously and relentlessly promoting cage-free eggs. They’ve accepted grants from the Open Philanthropy Project (OPP) totalling $2,000,000 to do just that. And now, as of November 2016, MFA has availed itself of yet more money from the same source to finance their “Broiler Chicken Welfare Corporate Campaign.” OPP was obviously so pleased with how assiduously MFA has used their money to promote “happy” eggs, that they’ve rewarded them with an initial grant of $1,000,000 to promote “happy” chicken meat as well.

Right at the top of MFA’s blog we see their latest post celebrating “Progress!” at Nestlé’s adopting an “animal welfare policy” for broiler chickens “that meets the standards set by Global Animal Partnership (GAP).” They then proudly list a number of other food retailers who’ve also decided to sell “happy” chicken meat, thanks to MFA’s encouragement, typically agreeing to make the change by 2024. GAP is a welfare rating organisation that grades animal torture according to the level for which the customer is willing to pay. As Gary Francione has repeatedly pointed out, promoting higher welfare animal products necessarily promotes the idea that consuming these products is a desirable and ethical thing to do and reassures the non-vegan public that they can be “compassionate” animal exploiters. It works directly against promoting veganism as the solution.

If MFA’s aims were in line with what Loria implies they are, they would be about ending all animal exploitation. But we see that what they say they are about is “Together we can end factory farming.” There could not be a clearer statement that MFA has no intention of ending all animal exploitation, but only of making the treatment of farmed animals more “humane.” This directly contradicts and falsifies Loria’s purported rejection of “humane” or “ethical” exploitation on behalf of MFA.

But, you may object, MFA promotes veganism! Look at all the mouth-watering vegan recipes, and all the cool vegan posters on their Facebook page! MFA do not promote veganism as a moral imperative, but as just one option among others like reducing meat consumption, vegetarianism, and consuming “happy” meat and eggs. What this means is that they don’t promote veganism. Someone who actually promotes veganism promotes only veganism.

Moreover, does anyone really think that posting a few vegan recipes and the odd poster with the word, “vegan,” or talking about the latest celebrity to go vegan comes anywhere near the expenditure in resources that $3,000,000 represents that MFA have spent on pushing “happy” eggs and meat? And here I’m only talking about the money that’s been provided to them by OPP since February 2016, and not all the donation money they’ve spent prior to that promoting welfarist measures. I don’t see MFA dedicating anything like those kinds of resources to promoting veganism, let alone veganism as a moral imperative.

Can you imagine where we might be in terms of growth in the number of vegans if MFA had allocated just this $3,000,000 to abolitionist vegan education instead of flogging “happy” eggs and meat? The vegan recipes, posters and celebrity gossip are nothing more than a distraction from MFA’s main business—selling out animals for money. They serve to obfuscate what is really going on and to make sure that vegans remain loyal donors. Loria’s comments decrying the idea of “humane” animal products lend an abolitionist tinge to MFA to dupe those with abolitionist sympathies and provide a veneer of animal rights cred while MFA carries on with its filthy business as usual. It’s a thoroughly cynical exercise that unfortunately fools many unsuspecting, well-intentioned people. It’s all about maintaining the widest possible donor pool.

We need to remember that the only reason MFA and similar groups have the huge financial resources they do is because they are not promoting veganism as a moral imperative. The corporate model simply can’t perform this task. Only a grassroots movement can.

If MFA were at least up front about being an organisation whose main focus is promoting “happy” exploitation, that would not be good, but it would be better than pretending to reject all animal exploitation, including so-called “humane” or “ethical” animal exploitation, as Loria is doing. And not just in this Alternet piece, but for some time now in his posts on MFA’s blog (see here, here, here here and here). And yes, that’s the same blog that celebrates cage-free eggs and “happy” chicken meat, featuring numerous posts congratulating companies for “pledging” to start selling these products at some far-off future date.

If Loria believes that there can be no such thing as “humane” or “ethical” meat consumption because, aside from anything else, regardless of how they are treated, the animals all end up being killed, why is he working for an organisation whose current priority is promoting higher welfare, i.e. “humanely” raised chicken meat? All of these animals end up dead, even if it’s by controlled atmosphere killing. Does the fact that these chickens are gassed rather than having their throats cut, according to GAP “standards,” render their deaths “humane” or “ethical”? According to Loria—ostensibly, no. So why is he collaborating with an organisation that promotes and celebrates just that? None of it makes any sense, so don’t strain your brain trying to find the logic here. The only logic at work is the cold, ruthless logic of the marketplace, which views animals and their bodily products as commodities for sale, and the fortunes of MFA as a player in that marketplace. As I said in my previous essay regarding MFA:

I realise Joe Loria has living expenses like everyone else, but surely he can manage to find another job less dishonourable than fronting for MFA, helping them to perpetuate the illusion that they oppose “happy” exploitation while actively promoting it. If Loria really believes that there is no right way to do the wrong thing; that there is no such thing as “ethical” consumption of meat, dairy or eggs, then he needs to quit aiding and abetting MFA in its scams. As long as he continues to accept a salary from, and to act as a mouthpiece for, what should rightly be called No Mercy For Animals, Loria can only be regarded as just another animal betrayal expert. He could choose to take a different route: working at an honest job and doing creative, non-violent, grassroots abolitionist vegan advocacy in his own time, as many others are doing, very effectively, and with a clear conscience.

The final incongruity in Loria’s essay is that he advises us to “switch to a compassionate vegan diet.” Failing to understand that veganism is not a matter of compassion, but a matter of fundamental justice, he then directs us to MFA’s non-vegan, vegetarian, reducetarian, excusitarian, eat beef and pork instead of chicken and fish, Starter Guide. The only thing this “guide” will start people on is the path of confusion in which MFA specialises.

To learn about how to go vegan: http://www.howdoigovegan.com

This essay was first published on Ecorazzi on 18/10/17

How Do I Go Vegan?